What Are Membership NFTs?

There is Something More Than Just NFTs

We’ve heard crazy stories of people in the NFT community making crazy flips on Jpegs. After looking at how Bored Ape Yacht Club, Azuki, VeeFriends and Doodles form real communities and lately this NFT membership trend, do you still think that they are really just Jpegs? We are seeing more and more projects building utilities into their projects. And of the commonly used ones are providing membership. In the previous year, NFTs have progressed significantly, and they may now be used as keys to gaining admission to private social groups and networks.

Are you a Company?

Looking for a NFT Marketing Agency for your Project? That’s what we do here at Crowdcreate. We’ve rated the #1 crypto & NFT marketing agency and have helped with some of the most successful companies in the world. Book a call with our team to learn more.

Are you an Investor or Fan?

Join our free network. You’ll get access to a private network of the top Crypto & Blockchain investors, influencers, and thought leaders. You can also attend one of our free crypto & blockchain events. Owning a Bored Ape Yacht Club can grant you access to a private Discord server with certain famous owners, as well as complimentary rewards such as more NFTs or tokens from the BAYC ApeCoin launch. The NFT also has one of the best exclusive parties. Meetups for the Bored Ape Yacht Club have taken place in New York and California, as well as Hong Kong and the United Kingdom. Owners were treated to a weekend of festivities in New York, which included a real boat party and a concert with Chris Rock, Aziz Ansari, and The Strokes. Owners of an Azuki NFT gain membership access to a special metaverse known as “The Garden,” where they may participate in exclusive streetwear collaborations, NFT drops, live events, and many other activities. According to the producers, Azuki will eventually have an animated series, games, and merchandise. Ownership of an Azuki offers access to uncommon items and experiences. Azuki is establishing a distinct Metaverse brand, and they need users to lead the way, which they look to be doing excellently. All VeeFriends token owners get access to VeeCon. VeeCon is a multi-day event exclusively for NFT holders. Your NFT will give you a three year access pass. The conference will be focused around business, marketing, ideas, creativity, entrepreneurship, innovation, competition and of course, fun. Gary’s focus is to curate the best experience for his community, bringing enormous access and informational value to all the VeeFriends token holders in attendance. If you own two VeeFriends tokens, this means you have two tickets to VeeCon. All dates and locations will be announced at least 180 days in advance for VeeCon 2022, 2023, 2024. The first VeeCon will be held in Minneapolis, Minnesota, May 19-22, 2022. Owning a Doodle allows you to vote on community-driven features, products and events. This makes our roadmap collaborative to be decided by the project founders and Doodle holders via the Doodlebank. The Doodlebank is our community treasury which boasts over $5m USD and is used to fund these experiences. The VaynerSports Pass is a premier utility-first, game-theory centered, sports NFT project providing more ways for fans to meaningfully connect and form closer bonds with athletes and unlock access to world renowned events and once in a lifetime experiences. Designed for NFT and sports fans alike, the pass provides its owners with unrivaled utility, collectability, and continued value through partner project mints which holders will be able to mint for the price of gas alone (in most instances). Looking for a NFT Marketing Agency for your Project?

Back in the early days, members of the community had to “grind” for whitelist, the trend is shifting and NFT projects no longer want users to grind whitelist by leveling up on the chats. You have to contribute much more than before, in order to have a chance to get whitelisted and subsequently mint for the project’s NFT. We’ve been noticing a lot of mint passes popping up on OpenSea. What are NFT mint passes? These mint passes allow users to participate and mint NFTs. A mint pass allows a user to mint a certain number of NFT as a whitelisted member before the public sale.
If you do not have the luck to win or work your way into the whitelist, you could purcahse a mint pass and still get discount on mints. These mint passes are usually given to holders who already own the NFT projects and get a mint pass to mint the next and they can choose to sell these passes on the secondary market. Which acts as a utility as being in a holder of the NFT project. Do note that at the time of writing, some projects would have already mint and these mint passes serve as references only. Below are a list of Mint Passes examples. The floor currently sits at 3+Eth at the time of writing this article, the hottest projects that you’ll be tracking as an early investor, we definitely think it’s worth it. Project Description: As a PREMINT Collector Pass holder, you will get access to an evolving collector dashboard and features to keep you on top of the hottest mints. Akutars are a collection of 15,000 unique, 3D Aku avatars with a few special traits from six different collaborators. There are 3 tiers of Akutar Airdrop Passes: – Random Akutar – Akutar with an OG Trait – Akutar with a Mega OG Trait. Community members were given free mint passes airdrop which will grant free Akutars. Holders of the mint passes get 0.5Eth Discount off the final price for Akutar Pass Holders. Example: 3 mints with 3 passes = 1.5E off P/S: We’ve heard about Akutar’s recent exploitation of their contracts, but from a marketing point of view, we are only relating from a marketing standpoint. Created by Pixel Vault as a key to fair and equitable NFT drops, MintPass rewards project supporters by allowing them to reserve their mints pre-drop. Project Description: Metacraft is a metaverse protocol based on minecraft. We will develop MC in depth without violating the EULA. Make it connect to the blockchain to achieve real asset intercommunication. The NFT is Metacraft alpha season pass (10k limited), and more scenarios will be expanded in future, e.g. airdrops, cooperation, derivatives.

Looking for a NFT Marketing Agency for your Project?

In the near future, NFT-based membership models will become considerably more common. It’ll become the norm in almost every industry. This technology is cooperatively owned by users and developers, further decentralizing memberships. Does your business need help with NFT strategy? Connect with us today. 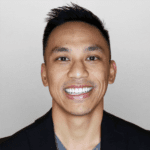 How to Create Your NFT Loyalty Program?

How Celebrities are partnering with NFT projects

Learn secrets from the top thought leaders around the world. Get insider secrets first and get notified when new posts, interviews, and events go live.