How to Market your NFT Project from a Crypto VC Investor In this interview, you will learn how to market and promote your NFT project, and what makes an NFT so attractive to investors. Teppei Tsutsui, the managing partner of GFR Fund was the original investor of RTFKT, a virtual show company recently acquired by NIKE.

Click the play button above to listen to our conversation with Teppei on the Crowdcreate Chats Podcast.

Teppei is the managing partner of a company called GFR Fund that invests in seed and early stage companies anywhere from game studios, consumer technology, media, blockchain, and FinTech. GFT Fund is based in San Francisco and invests globally.

Digital IDs in the Metaverse

When we first started back in 2016, we were excited about XR: AR (augmented reality) and VR (virtual reality). No one was talking about the Metaverse back then. But as more and more people are spending time in the digital world, creating a world for themselves. It’s becoming more natural to think about your digital identity, and how you can find and interact with other people’s digital identity will become more natural. Nike Acquires NFT Startup RTFKT to Invest in the Metaverse

We were the original investor in RTFKT back in 2019, even before they started the company. The three founders are Steven, Chris, and Benoit. I first met Benoit Pagotto when I was visiting the E3 gaming conference in LA in 2019. He shared his vision of creating a digital sneaker fashion brand. I was fascinated by the concept vision, and we knew that people were spending more time in the digital world. So creating a brand for a new digital generation, this is a huge opportunity.

People are used to getting commercial goods in games and other VR spaces, and a lot of gaming companies are embracing creators to launch new content on their platform. It really resonated with us. So we helped them from the company and some initial funding. It feels like a long time ago, but it was actually just 2 years ago.

How Do You Invest in NFTs?

There are a few signs to look for when determining how interesting or investible a project can be. Look at how much organic content is being generated around the project and where the younger generations are spending their time and money.

For example when you look at VR Chat, there are so many people creating content, AKA user generated content (UGC). When they publish that content in the digital world, it becomes more natural and common.

In the case of Fortnite, people are buying skins for $20 or $30, and this is now a trend with the younger generations who are spending more time in the digital world and are more comfortable buying digital items even though they cannot be worn in the real world.

When companies are building the new “It” brands in the digital world that’s really spot on, and NFTs are allowing people to create these digital contents that are authentic

The above is an excerpt from an interview with Orlando Zayas. How Do you Find NFT Projects?

It was truly their team and their vision. There are three founders, and starting with Chris who was a game designer and one of the top content creators for Counter Strike where he designs the skins, guns, and items. He was the earliest one on the RTFKT team. Steven was the sneaker guy in the group where he was designing his own sneakers at an early age. Benoit is the marketing genius who was running his marketing team in an esports team and he had the vision of combining games with these digital items. It was this unique of digital creators, sneaker guy, and fashion marketing genius.

Real World NFT Use Case with Nike and A16Z

Teppei reveals the RTFKT NFT sneaker IRL. To watch the video, subscribe to our YouTube channel or scroll down for the interview video. RTFKT made these A16Z sneakers to celebrate a round of venture capital funding Image: | RTFKT

What NFT Projects Are you Excited About?

We talked about this company before called Jadu from Los Angeles, and they are trying to create a real Pokemon game in the real world combined with NFT and AR technologies. That’s an interesting project to pay close attention to.

Another one that you introduced me to is Divine Anarchy, combining Anime into the NFT world. It’s a really interesting effort to combine Anime into the games, and to create a new game mechanism.

One of the companies we invested in called High Rise, a fashion MMO targeting the younger female generation where the user can buy skins and any fashion items where they will have fashion shows every day. They are converting skins into NFTs and are launching a High Rise creator program.

What Does NFT Mean in Gaming?

The whole gaming world starting from Axie Infinity and Animoca Brands, there are so many companies trying to do NFTs into gaming. There are still some companies waiting from the sidelines but there will be a lot of big opportunities for artists, creators, and game studios to look into it.

Ivan: NFTs are taking on unique angles and not just art. They have utility beyond just being shown on a wall. From anime mechanics to blending fashion in the digital and world world, it’s a very exciting time.

Are NFTs a Good Investment Opportunity?

When I first saw Bitcoin in 2010 or 2011, I didn’t think it was going to be a big opportunity. I bought a few and sold them right after when Bitcoin was only around $300 or so. I lost a big fortune on the table. That was only one of my early big learning lessons.

When mobile gaming came out, most people thought it was just a tiny portion of the big gaming market. Now the mobile has become ⅓ of the gaming market. We and a lot of people missed this opportunity.

We didn’t want to miss any other new emerging platform. When we first learned about VR, we jumped on it and started investing. When we saw blockchain technology we started investing quickly too. Those lessons are actually pushing me to keep looking for new opportunities. What is happening right now is that technologies like VR, blockchain, NFTs, and metaverse are having a big historical moment that we will realize in hindsight.

Featured on This Episode

Crowdcreate is a leading crypto & NFT growth marketing agency and advisory. Few firms have been in the blockchain industry since 2017. Crowdcreate has been a global pioneer in launching and scaling some of the most successful projects in blockchain and Web 3.0.

Crowdcreate is an award winning full-service consultancy being named “Top Crypto Marketing Firm” by Forbes, CoinBureau, and Clutch. Crowdcreate also runs one of the largest networks of crypto founders, investors, influencers, and creators.

Learn from Teppei Tsutsui as he shares how he first spotted RTFKT, the virtual shoe company recently acquired by NIKE. Learn what marketing techniques separate your project from others, and draw in an organic growing community for your NFT. Before you strategize on how to promote your NFT, you need to listen to this episode.

Are you an NFT Project Looking for Marketing?

Imagine if you could get these Financial Influencers talking about your project? That’s what we do here at Crowdcreate. We’re rated the #1 crypto marketing agency and have helped with some of the most successful raises in the world. Book a call with our team to learn more. ​

Are you NFT Collector or Investor?

Join our private community mastermind of the top crypto investors, influencers, and thought leaders. You can also attend one of our free crypto & blockchain events.​ 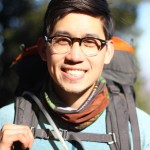 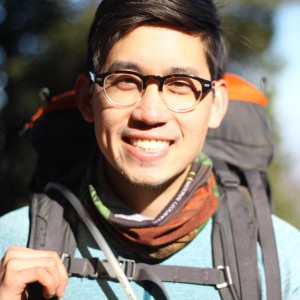 We’ve worked with some of the largest companies in the world to create buzz, connect with investors, and grow a digital community.

Learn secrets from the top thought leaders around the world. Get insider secrets first and get notified when new posts, interviews, and events go live.